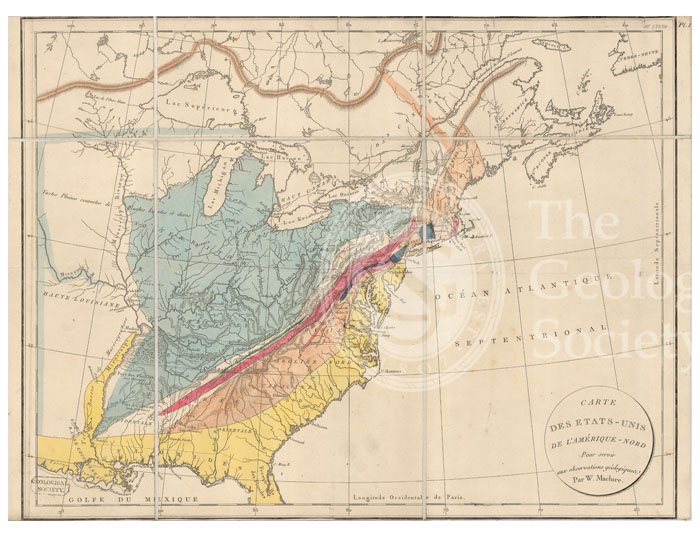 Map was published in: Maclure, W, “Observations on the Geology of the United States, explanatory of a Geological Map”, ‘Transactions of the American Philosophical Society’, vol VI, pp411-427.

William Maclure (1763-1840), was born in Ayr, Scotland.  He became a partner in an American mercantile house and travelled to France and Virginia until 1803 when he returned to Britain.   In 1807 he commenced the Herculean task of geologically mapping the United States.  His first attempt was published in 1809, and a revised version published in 1817.

The map delineates the geology based on Wernerian principles of rock classification.

Format: Handcoloured. Printed on paper. Dissected and mounted on linen