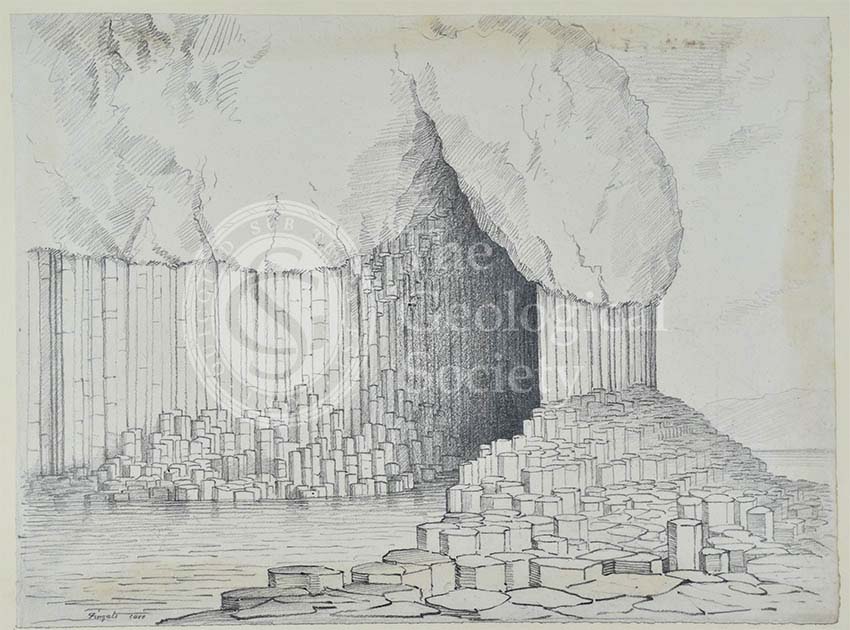 Title: Fingal’s Cave, Staffa, from an album of sketches by John MacCulloch

Description: Sketch of Fingal’s Cave, on the island of Staffa, in the Hebrides. It is a sea cave, but it is possible to reach it overland from another part of the uninhabited island. The whole island is formed of columnar basalt.