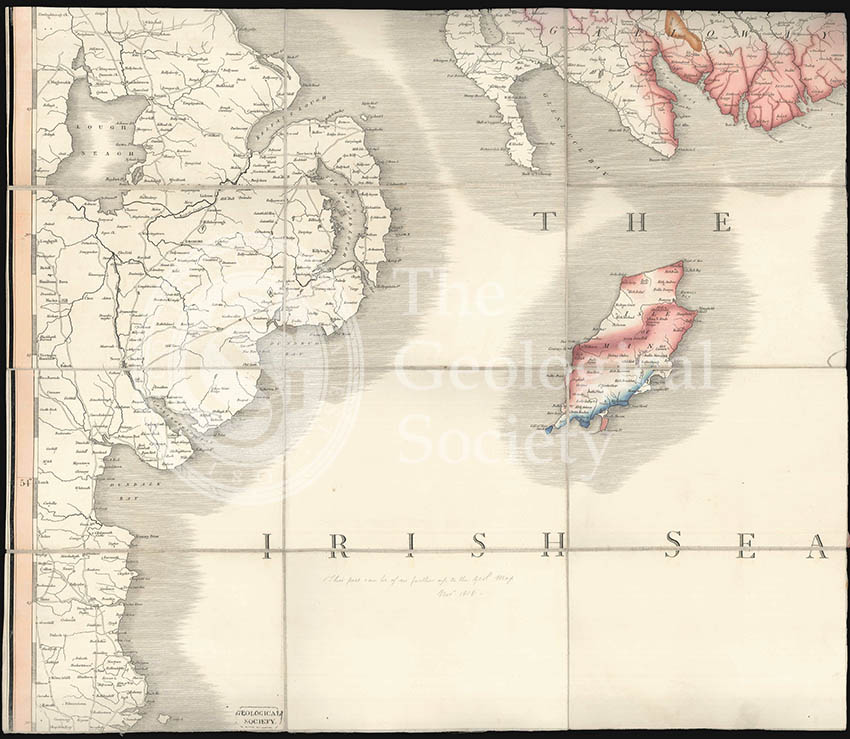 Title: Sheet 4 from William Smith’s geological map ‘A delineation of the strata of England and Wales, with part of Scotland…’ (1815)

Description: Sheet 4 of William Smith’s geological map ‘A delineation of the strata of England and Wales, with part of Scotland…’ (1815), showing the Irish Sea with geological colouring on the Isle of Man and parts of Scotland.

William Smith’s map is recognised as the first geological map of a complete country ever made. Smith had begun work on it in 1802 but progress was slow, so when a delegation of Members of the newly formed Geological Society, which included George Bellas Greenough, visited Smith in 1808 to see his fossil collection and maps, they were not overly impressed. Instead they decided that the Geological Society should produce its own official version.

The Society’s map, issued in 1820, was principally the work of Greenough who unlike Smith was not a field geologist. Instead he relied on others sending him information which he would then collate. Most controversially amongst his sources was William Smith’s map.

This sheet is from Greenough’s own copy of Smith’s map, and is notably annotated in pencil ‘This sheet can be of no further use to the Geol Map, Nov 1818’.